the invited chemicals have been
rearranging the furniture of my mind

- Deck chairs,
you know
the Titanic, you know -

They pull up comfy armchairs to the fireplace,
and I
get to have tea

This town and I have lived uncomfortably together.  Like a parent of a missing child, 12 years later.  There are landmarks to memories become meaningless, and yet. . . And yet.  I've not changed the locks, but I have lost the key.

My time in this town is coming to a close.  The tick-tock of calendars and hours winding down.  Two years, and this still doesn't feel like home.  I pack and find a cathedral of papers and pens, a full skeleton of a decade past, more than that.  I give away books like a future suicide.

Two years, and these two years are like a palindrome.  Inverted mobius strip, to begin and end in similar ways but on the one hand, dragons; on the other, St. George.  I don't know which I would prefer. 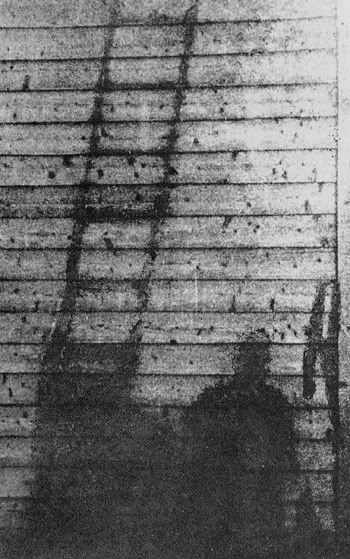 Could I breathe fire and sterilize the land, lay waste to the countryside, allow the charred remains to stand as witness to this heart.  They say the heat, the light, radiation of the bombs we dropped left shadows in their wake.  And I don't know if this is true, but I know what it is like to burn with such a heat, the past is burned in bas relief.  You tip your hat to shadows on the street, you pause to let the ghosts come through.  The lost remains of Pompeii, the living past, struck down and replaced by muted statues.

Or, could I live as St. George.  The gore and flesh still on my hands, the heart-taste still fresh on my tongue.  The dragon was never vanquished, you know.  The heart torn out, the fire turned to embers.  If George could eat that heart, could stand the heat, could climb back into the gaping maw of sinew and bone, the dragon would find her wings again.

This town and I won't part as friends.  The streets will not miss me.  The empty windows will not weep.  I am accustomed to endings that are final.  He accuses me of burning bridges.  And I do.  Two years and I have to struggle to remember.  The order of things.  The passage of time.

My dreams, still, though, my dreams are of a missing.  I fret that I am sleeping while awake.

go into that desert, head held high
to lose my skin to brighter suns

I want to dance this on its edge

(and he held me in his coffee gaze, the words were other hands to soothe my brow, you know, you know how the muscles of my eyes become so tight, the world too clear, too sharply defined that i cut myself against the edges, there was a softness that i needed, that i had, that i soon must trade for wool)