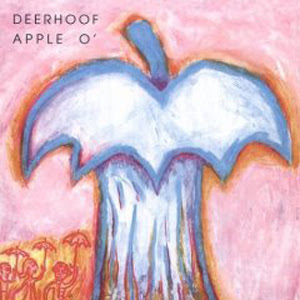 You know, I have absolutely no idea what I think about this one.  (To be truthful, another album I listened to while pretending to get back in shape, so, there you go)

On the one hand, it seems totally listenable, really fun (well, a little more laid-back than that) and maybe a little quirky.  On the other hand, I can't shake the sense that it's the sort of album that takes a lot of effort to listen to.  There are like melodies and harmonies and shit.  Weird.

I don't know if I've really talked about my musical laziness yet, but, I've got lazy ears.  Like, some of my favorite music ever is French Polyphony. It's just that touch more complex than chant, but without a. the douchiness and b. difficult instruments.  Also mid-nineties rock.  I am willing to bet you a dollar that absolutely no one ever broke a sweat over Inside Out, and yet, I love it.  Lazy ears.  Lazy, lazy ears.

So I think that's part of my ambivalence.  I also have never been a fan of high register voices, and the singer's voice has that high, kind of nasally quality that must make indie-music folk swoon, like ironically.  Not a huge fan.  In short, not an album I'd put on, but not one that I'd click over were the old iTunes on shuffle.

I feel so ambivalent about this, that I'm not going to do a favorite/least favorite.