All right, where was I?

That's right - My Thoughts On How It Is Difficult To Be A Woman With Shit To Do Whilst Also Maintaining Productive, Grown-Up Interpersonal Relationships.

This will be interesting, because within the last week I've reentered the OkCupid trainwreck and so now have Lots of Interesting Thoughts about Awkward Dating and a Generalized Fear Of Strangers.

This is a little difficult to write, in part because I know that there are some underlying WORKING THROUGH SHIT thoughts happening here, but bear with me, I think I can make this universal enough.

Allow me to begin with an anecdote that will hopefully be somewhat interesting.  When I was about 14, I had a vision.  Seriously, the universe talked to me.

I woke up some night, sleeping with the windows open and the shades up.  The full moon looked me in the eye and my sleepy neurons snapped with electricity and dreams and moonshadows.  And I knew, in some sort of comforting and terrifying way, that I would not ever fall in love or be married.  This is some heavy shit to know at 14.  And while we might debate at length whether or not I'm crazy enough to genuinely believe in nocturnal dreamstates cum life-long destinies, this moment is still something that I remember vividly and that follows me to this day.  And while I have fallen in love, I do actually doubt that I'm the sort of person that gets the fairytale dream of that forever sort of love that people like my disgustingly adorable parents have.  Which, at 29, I'm both kind of OK with, and kind of terrified that I'm going to die alone and be eaten by my cats.

Couple that baggage with the relationship that began with my partner telling me that he found the number of books I owned intimidating, middled out with me consciously choosing to just not talk about philosophy to avoid days-long mopes, and ended with me being told that he had always resented my ambition and sexual history and you wind up with a Hypatia's Girl who now actively cultivates being SUPER DEDICATED AND FOCUSED ON HER LIFE'S WORK FOREVAHHHHH from the first moment I meet anyone just to head off any possibility that I would ever fool myself into thinking that I'm capable of having a relationship that involves compromising AT ALL.  Super healthy. (I did get a fabulous time out of dating Hypatia's Boy, filled with VERY INTENSE ARGUMENTS ABOUT PHILOSOPHY THAT WERE ACTUALLY THINLY DISGUISED RELATIONSHIP FIGHTS, but, you know, we both have shit to do . . .)

Anyway - these previous two anecdotes and conversations with other people lead me to believe that this is one of the ways in which our culture is still deeply sexist, and by "deeply sexist" I mean "totally fucked up."  And it might actually not be just an issue of sexism (that is just an issue of creating gender roles that lead men to need to be the providers and the protectors, and their fragile penises get all kinked up if their womens make more money, do things they don't understand, have sexual exploits that are better than theirs, etc., whilst the roles for women involve being very careful to not get their mens' penises all kinked up and making sure that the poor dear boys feel good about themselves.  (And yes, darlings, I'm deliberately being rude about this, of course the actuality is much more nuanced, but I'm writing a fucking blog post here, not my dissertation)) but may actually speak to how COMPLETELY FUCKED UP our entire thinking about interpersonal relationships, self-hood and self-fulfillment are.

We're sold this image of romance that is totally pathological - the game-show/dating shows that are supposed to end in engagement, the narratives in Twilight and pretty much every movie, etc. - which boil down to some sort of weird retelling of Plato's Symposium, where we are all broken, half-formed creatures who are desperately looking for the other half that will make us whole again and only then, once we've coupled, will we be TRULY REAL PEOPLE.  Of course, we're smart enough to not be looking for THE ONE TRUE SOULMATE, but rather THE PERSON WHO IS GOOD ENOUGH.

But if we're only full persons insofar as we're joined to another person, that makes THINGS WE DO FOR OURSELVES inherently problematic, it winds up alienating us from OUR LITERAL OTHER HALF, and that romance becomes the romance of sacrifice.  (So, I can't WAIT to rehash all of this in my Twilight post that I'm going to write soon) - that is there is nothing more wonderfully romantic than sacrificing for another person, no matter how damaging.  It's that godawful "The Gift of the Magi," right?  It's that weird way in which a certain type of Protestant thinking invades us all in this culture.

Now that's not to say that there isn't something nice about meeting a partner in the middle, treating a romantic partner like an actual partner, who has value and worth in your life.  However, this is where we need to take account of the background milieu of rampant misogyny in our lives (oooh, also where I piss off a bunch of people by emphatically declaring that IT IS FUCKING CREEPY AND WEIRD THAT WOMEN STILL CHANGE THEIR FUCKING LAST NAMES WHEN THEY GET MARRIED ZOMG SO MUCH JUDGE).  Because, in the case of heterosexual relationships we inherently value the life work of the man, in fact we inherently value the man as a full individual, more than we value the hobbies of the woman.  (And I would argue in queer relationships, it is frequently the partner who has either more "masculine" personality traits or works/plays in a more "masculine" field that appears to have greater value)  Women and not men change their names at marriage because as society we recognize that women were just practicing lives before they got married, her life is completely subsumed into the husband's, her identity is now one of supporting him, carrying on his gene line, making sure that his career goes well and that hers, if she has one, doesn't get into the way too much.  He would never change his name, because he has a real identity, and even the prospect of hyphenating is FAR too emasculating for him.  I mean, we all saw Hot Tub Time Machine, amrite? 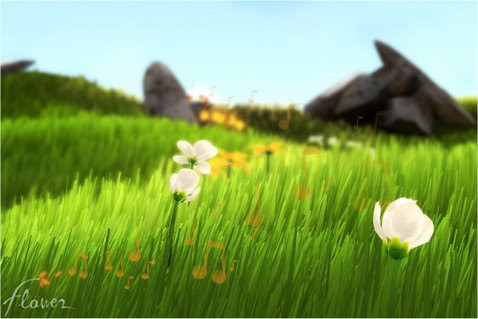 Please take a moment and contemplate peaceful things
Where the fuck was I?  Ahh, right - this cultural misapprehension of relationships both being really pathologically creepy and also kind of weirdly predicated on this idea of competition (that is, who's doing better in the relationship, as opposed to, I don't know, just being legitimately happy for your partner for doing well at x, y or z).  This also hurts men (or those who have a more masculine personality type) in that they are almost expected to be threatened by their partner's success, so their own accomplishments are treated a more fragile, and their ability to empathize with and genuinely be happy for their partner, which is actually part of the wonderful thing of having interpersonal relationships, is harmed.  The man who is not threatened by his (particularly female) partner's success is not properly performing masculinity.
Again - this isn't to say that all straight relationships are horribly mired in sexism and people being fucked up.  Just most.  (I KID! I KID!)
But it's also this really fucked up set of who gets which values which leads men who are, I'm totes sure, totes nice d00ds to send such dripping with entitlement messages to women on dating sites. (and ZOMG, so mad, I was going to post the drippingly condescending message some complete douchecanoe sent me, but I deleted it - SO FILLED WITH THE SAD FOREVER)  We wind up with people who cannot approach a partnership as that - but rather as a game in which only one can win.
Or something.  I have no idea what my point is any more..... 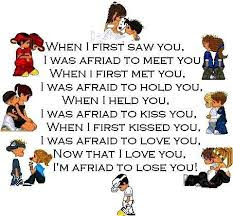 T
This is exactly the shit I hate.
Posted by Hypatia'sGirl at 3:40 PM