Hypatia's Girl Goes to the Movies and Comes to Detest Smeyer

So, we went to see the new Twilight travesty.

First I need to acknowledge that the most depressing thing about this whole mess is that we went, what, a month or two after it came out, and watched it at an arty kind of theater that serves beer and has a bunch of movie posters in FRENCH in the lobby.  Clearly, thought I, this is a place where a girl like me can go watch this nightmare in the company of other grown adults and we’ll all treat it like a huge joke and bond over how superior our movie-going tastes actually are.

ORRRRRRRRRRRRRR – The 6 or 7 of us could be surrounded by GROWN FUCKING ADULTS WHO SHOULD FUCKING KNOW BETTER who were UNIRONICALLY ENJOYING THE SHITHEAP CUM “FILM” and, like, yelled at Hypatia’s Boy and I for twittering (both in the laughing uproariously at and tweeting like douchebags senses) the movie.  Dude, like I’m sure I’m really sorry for disrupting your moving experience, but TRUST, I am doing you a favor, you have, like, 30 more brain cells than you would have had I not been there to save you.  TRUST.
So reading over my tweets, I don’t appear to have enjoyed the movie at fucking all.  Also, trying to tweet whilst not pissing of Mr. I Am Legitimately Watching The Film renders my phone typing skills to the wastebasket.
So here’s a brief summary of the film, based on my recollections and my tweets.

Incomprehensible beginning, with an apparently invisible vampire doing something to a teenage boy who’s on a rooftop in the rain. (It is at this point that I begin giggling uncontrollably and am unable to stop, also severely limiting my texting skillz)  Then a voice-over of KStew reciting a trite Robert Frost poem with all the emotion and acting skills of a non-native English speaker who knows how to sound out the letters but has no idea what the words mean.
There are a fuckton of voice-overs in this movie – to keep with Smeyer’s peculiar ability to TELL and not SHOW.  Bella is a bitch to her father because her father quite reasonably doesn’t want her to be dating a fucking sociopathic misogynist who clearly exhibits all the classic signs of being an abuser.  Luckily Edward is so completely abusive and controlling that . . . uh . . . something.  There is some sort of red-headed vampire lady who is hot, but we’re not supposed to like her.  Or something.  Also – when vampires die they appear to be made out of ceramic, because Smeyer hates being a member of a community.  There is some sort of drama between Jacob’s abs and Edward’s broody face about Bella.  We are supposed to root for Edward because he’s more controlling, also Jacob is Native American, and brown people are all violent and weirdly against wearing shirts.  The soundtrack plays like a person with as much knowledge of music as I have is trying to re-create My So-Called Life.  I am bored.  There is a bunch of rape apology, and apparently a vampire riot (I have no idea what this would be about, but apparently I liked it).  Clearly Smeyer wanted to play with the Goth kids in high school but they were mean to her and so she had to write this shit.  Bella wants to fuck Edward.  Edward is literally revolted by the idea of having sex with Bella.  Edward wants to marry Bella.  Bella wants Edward to kill her.  The only way Edward will kill her is if she marries him (AWESOME LESSON THERE SMEYER) – so Bella is coerced into agreeing to marry Edward.  Mysteriously there is some sort of other plot line to the movie.  About . . . um . . . bad vampires who want to do something, but the good vampires are all too busy looking like Barbie dolls.  No one can act.  Smeyer shows off her keen racism regarding Native peoples’ traditions but just making shit up.  Everyone whispers because no one can act.  The soundtrack continues to annoy me.  Somehow they have a battle about something and the Vatican, er, the Volturi kill a girl vampire who was forced to do something wrong against her own volition.  This is not treated as overly problematic.  The end.
I hope you understood the movie as much as I did.  Because I watched that thing, and this is all I got.
Outside of the OMFG GOING TO THROW UP IN MY MOUTH A LOT racism and the JESUS FUCKING CHRIST WHAT THE FUCK IS WRONG WITH THE FUCKING WORLD intimate partner violence championing, what I really took away from the movie is that, according to Smeyer’s worldview, for a woman marriage is literally the same thing as allowing your husband to kill you.  You, if you are a woman, when you get married are entering into a contract wherein you are agreeing to have your husband utterly and completely destroy any attachment to your previous life, and, in fact, destroy your soul and kill you.  This is the ultimate romantic sacrifice.  Do I even need to mention that JESUS FUCKING CHRIST ON A FUCKING POGO STICK THIS SHIT IS FUCKING FUCKED THE FUCK UP? 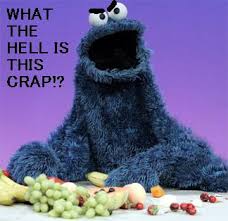 There are at least three scenes where Bella and Edward are talking and she’s begging him to “change” her, and he’s refusing and then coercing her into marrying him by promising that if she does marry him (despite the fact that she very reasonably points out that she’s 18 years old (but leaving out that she’s a fucking idiot)) then he’ll eventually kill her.  If only all violent, abusive partners were so upfront about the likely outcome of entering into a marriage with their sociopathic selves.  Every single time marriage is brought up, the conversation focuses on Bella’s desire to kill herself.  Admittedly, it’s a “kill” herself, but given that her body will literally die, and that she will literally not be able to see her family or nonvampire friends ever again, I don’t know if those scare quotes are really necessary.
There’s a lot of talk on the web about the books and about the emptiness of the Bella character, in part from Smeyer’s inability to write, but some speculation that it allows the reader to fill in the character with themselves, but I think it might be that Bella is, on Smeyer’s account, honestly nothing without her man, Edward.  Until she performs the full sacrifice of dying to become Edward’s wife, she is nothing.  Until she can prove her love by utterly destroying everything that makes her her, she is without value, and her love is meaningless.  At let’s remember that this marriage will last for centuries, a marriage a 109 year old man is trying to trick an 18 year old girl into entering into.  It is enough that Edward wants her, and in Edward wanting to possess her for all of fucking eternity Bella has value.  Bella’s father, who puts up with all sorts of bullshit from his daughter, Bella’s mother, who is the only believable character is this mess, even Jacob and his abs, who voices, like the previous two, a genuine desire to see Bella happy and fulfilled, none of what these people offer to Bella is supposed to be more attractive than a 109 year old man who wants to ensure that she is owned by him forever, who needs her to kill herself or, worse, risk being LITERALLY EATEN by his family.
THIS IS FUCKING FUCKED THE FUCK UP.  I legitimately feel a certain amount of sympathy for Smeyer that this is how she views the world and interpersonal relationships.  This is literally the concern I was trying to get at in the Very Boring Posts.  Love is confused with obsession and the woman has to destroy herself to be with the man.
Let alone Smeyer’s obsession with how violent and dangerous vampire sex is – this does, to be true, come in more in the next book but it deserves a moment here – sex literally damages Bella, because Edward cannot control himself.  Just like the werewolves can’t help but harm their FORCED TO LOVE THEM partners, because werewolves just cannot control themselves. 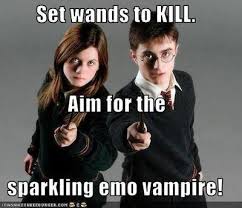 Women, throughout this movie, were abused by men who couldn’t be expected to control themselves.  There is a vampire in Edward’s family who was raped by her fiancé before she was turned into a vampire, but it’s mostly her fault because she was vain.  The girlfriend of a werewolf has deep scars on her face from her boyfriend, but it’s ok, in fact she seems to be a little ashamed of them, like she should have gotten out of the way of his claws.  Jacob forces Bella to kiss him.  Edward FUCKING TAKES THE FUCKING ENGINE OUT OF HER FUCKING CAR to control her movement.  There is the whole creepy thing about werewolves imprinting on women and those women kind of having to love them.  How Bella seems to actually kind of love Jacob, but has to love Edward.
Oh my fucking god.  It’s really fucking that awful.  I kind of didn’t think that it would be, but IT IS. 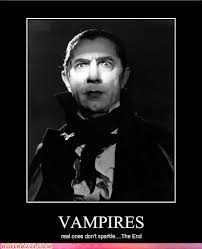 Posted by Hypatia'sGirl at 5:24 PM