The Listening Project - Almost Killed Me - The Hold Steady 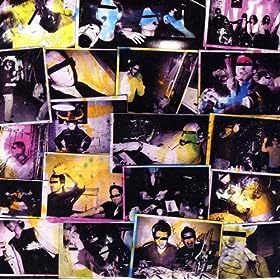 The problem with having gone to the Pitchfork Music Festival 3 years in a row and not knowing jack about music is that I have a lot of false memories about who I saw, when.  I am positive that I saw the Hold Steady, but it might have been Oxford Collapse, or I might have meant to see them but saw someone else instead.

It's all very complicated.

At any rate, the Hold Steady is a good example of the paradox of my musical tastes.  For those of you listening along at home, you may have noticed that I really like unusual male voices. And Craig Finn has an unusual voice, a kind of strained talking-at-you-in-a-rhythm sound that, apparently, I really like.  And yet, cannot stand Tom Waits or Bob Dylan.  Weird, I know.  Almost Killed Me is not a very challenging listen.  It's a nice straight-forward album that doesn't try to be something it's not.  How nice.  It's the sort of album that makes for good listening when writing or doing other things.